by Transient In Barcelona 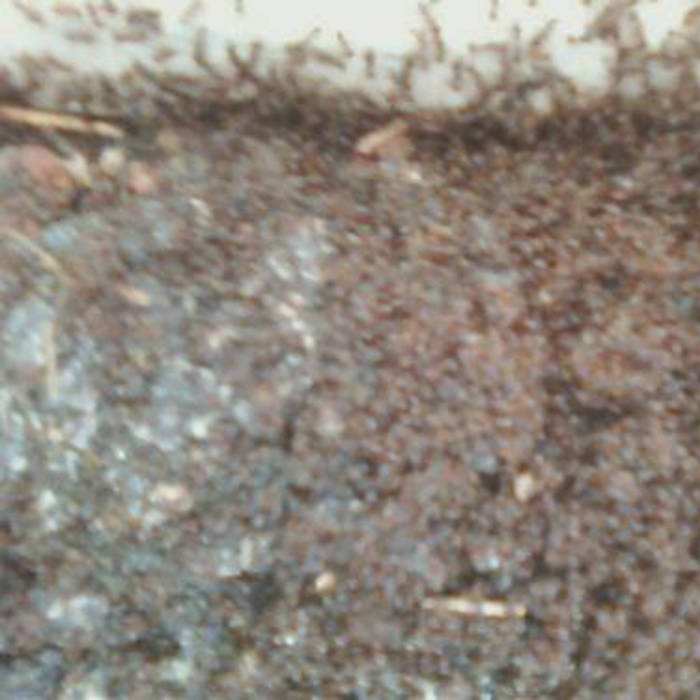 Two ships traversed a flooded forest after several nights in a motel made of scrap metal. They searched for the man the locals had been accusing of stealing the street lights at night. The man they searched for believed that this was innovation, a way to see the sky more clearly, a way to find a path to the sea: where these boats actually belonged: along the boardwalk, the carousels, the dart games, and prizes for whining children.

“Are” became “Can’t” before “Want” could even need “Not” and then the words of these two ship captains became discharge papers and daily glasses of whole milk, but the one who designed this plan had nothing to swallow with, so “Is” just “Wasn't”, and there was a reptile in this fella, under his leaves, and they were damper than a dog. The fruit he offered was fictional and the captain with the zebra leg fell for it. The other captain binged on his nails, as in: not the living parts of him: the things he could garnish his meals with.

But the forest was still flooded and no one was doing anything about the sounds under the water. Everyone was just listening to jokes about their ancestors and pseudo-sop-sack-jazz that was JUST ABOUT in-time, JUST ALMOST THERE. These folks were waiting for Christmas presents, but they knew they would only get unpopulated cities tailor-made for them.

Then, a new man appeared made of thin, leaking fossils and gongs, and the lights returned, so long as the gong rang. The festival could now begin downtown. The vultures finally ascended from the flood. They returned to the desert, to their shoe-shines. The earth finally accepted the water in the absence of the vultures; the forest regained its true body. The two captains grew the salt back in their lungs and the seashells on their palms; they faded back to the sea as an archer with no name watched them go, knowing the plan he had for them had failed. He became mute. A reptile was in this man as well, laughing at his lack of communicative oxygen.

The forest became repopulated by butchers and banjo players with no calluses on their fingertips. They all owned defective cars and whistled at Dolly as she tore up trees by the roots to make holes for her to piss in. The smell drew the boat captains back to the forest, but they could not enter it now. They decided to create a sound loud enough to get rid of the forest entirely, to convince the butchers that radios and oils-rigs DID exist, and to be GONE FOR GOOD, and to learn the alphabet that their FAMILIES didn’t invent. It was just between their ears, but JUST ALMOST.

However, this still didn't explain the flood in the first place. Why would the earth reject rain? The captains looked for reasons by the shore and they found whistles and string disguised as splinters. They found a man made of spiders in a house made of sunken ships. They asked him where the chants were coming from and he told them: “the cage of fruit behind the house”. The captains went behind the house and this time they both fell for it.

Then, there was breeze and a cold serenity. A figure took them by the hands and led them to a barren prairie, all except for one house. They turned to ask the figure where they were but he was gone. They turned back to the house and it was gone as well. The wind began to sound like scissors and they felt the owner of the house breathing on every part of them until a screech, a low twang, and a helmet of discord woke them up like a sermon about vines and barbed-wire. They were under the forest briefly and were cleansed momentarily, but when they returned to the surface the reality of the cleansing, the acceptance of the rain, and the absence of the vultures hit them: the earth had taken all the water and the boats were now obsolete;

they were now unemployed captains.

recorded and mixed by Sylvia Haynes, except where noted

Track Name: A Night at the Katz Motel
And it's pathetic
And you're incessant

Cleanse the wound but disregard the preference

You're anesthetic
I'm apathetic
Clears the drain, but clogs up the septic

There's no place like home
Track Name: Every Night, the Same Dream
The one who ate the lights
Always in the way
The floorboards creak and sway
and the windowpanes shatter

The one who ate the lights
Look whose telling you your rights
Melodrama is the middle ground
Can this life truly be found?

The one who ate the lights
not yet accountable for actions

We'll all have to pay for it in the end
Track Name: Sakon the Thief
I ain't a friend, I'm a foe;
I am an enemy, oh

My carriage
is made of wood

This back
will never carry the weight
I will always lose my place
I'll never be late
Did I mention that is one nice sword?
Can I see it for a second?

Sooner or later you will realize that "the ride is not stopping;
You are going to die"

The hole in the beach
That took you down
Do not worry
Made sure it was deep enough
To muffle any sound
That will be produced
After you are buried
Track Name: The Architect Swallows His Tongue
-"Is" are:
because,
"Have" wants
"Can’t"
Track Name: I'm in the Ketchup
I'm in the ketchup
and alluding to my faucet

Refuse the abuse
and return it to sender

Look at my inside
are they good enough
for you?
The city
is painted
and named
after you
You don't need a disguise
the way you look will do just fine

Parading around
downtown
and visiting all your favorite stores

I hate you?
eternal scarring friend
We are separated as one

Usable
or in use
for the rest
of my days

You
created
your
own
half
life

Help me to aim
I can taste it

Help me to aim
I can taste it

You are mine
Instincts and conquest
Subsistence and nourishment

It has been my frame of reference for some time now

Give me weapons
Survival is a cost, a debt that is not mine to pay

Use my senses against me
Betray me from the inside out

You can take me softly
When it falls into my mind, I eradicate blame and substitute myself

Do anything in your power
but you can't
clear my throat
Track Name: "What Noise?"
the Inbred Lunatics in
the Heart of the Woods
are screaming bloody murder
for their Lost Idol

we will probably never see them again.
Track Name: Splints
Understanding where I'll run
When I run

When I run
to be gone
for good

This little thing
is from me
to you

I hope you don't forget me

A feast for the eyes
An untimely surprise

We meet our demise together

All your desires
will transpire
if you give them
long enough

Our timely plummet
met with our need to descend

Puts our beings
permanently on the mend

A horse with no carriage
or an animal with no master

But, we're still waiting
Slap me on the cheek
or pinch me
For I must be dreaming

I can only be dreaming

I fell down today
but it was okay
because you were there
Thank You
Track Name: A Family Dinner
A father grunts
and throws a fresh pound
onto the slab.
The doors are locked. The walls are whispering.
The chairs are empty. Outside
a shrieking silence is building, the trees
are shedding and cementing
themselves to the planet
to the sounds of slaughtering
farmhands and innocence
perverted in the barn.
The beds are stale. The pillows are stained.
The chairs are empty. Everything
is coming down anvils and his head
is involuntarily shaven.
He is muttering to himself
and drawing the shower curtain. He is popping the bubbles,
sinking deeper; becoming undefined
in the darkness.
The sink is fluorescent. The floor is backwards.
The chairs are empty.
He is wandering on a barren
prairie looking for children without playgrounds
and a horse to drown.
He is dancing
with farmers daughters with murder on his breath
and choking himself with tumbleweeds. The weddings
in the middle of nowhere
and the funerals
down the road are roosters at midnight.
The weathervane
is lacerating his umbrella
with the laughter of his kin. The grass is the color of his stomach.
The wool has been singed and pulled. The pork more pure
than you or I. The sirens are his saviors.
The chairs are empty.
Track Name: Iggy's Basement
We mend together
We forget each other

Would you help me
Until I fall apart?

Break
Fall
Step
Arrange
Track Name: This Time Wont be Different
My favorite thing to do is pretend that I don't exist
My hobbies include waiting
and counting blades of grass

Some ideation of loneliness
You know, like that
and also
like this package
that you told me to carry
for all these years

It was for you, but I opened it
All I found inside
were two syringes
and your earrings
the ones I liked

Bandcamp Daily  your guide to the world of Bandcamp

Featuring Oakland sounds from the Smart Bomb collective and Samplelov.